You may recall my friend Tracey from previous posts (e.g., Australian culture; gardening). Even after 3 years of friendship, I am still startled by the things that come out of her mouth. Here are some recent examples.


The forest is being cut down all around our campus for upcoming city developments (boo!). During a leisurely walk through said woods to nose about more closely, I learned a record-breaking 3 new Australianisms in a single outing.

(a) As we stealthily approached the edge of the cutting zone, Tracey nervously noted that our “sticky beaks” might get us into trouble.

(b)  Specifically, she was concerned that our hiking may elicit unwanted attention from nearby chainsaw men, one of whom was taking a break and “smoking a fag.” My goodness - I didn't know people actually said that aloud in this day and age.

(c)  As she led us along one narrow path, she looked back and cautioned me against the “wait-a-whiles.” At first I assumed I misheard her, and then I was sure she was making things up.  Alas!  Later research confirmed that "wait-a-while" is ACTUALLY the name of a grabby vine named for its annoying habit of slowing down passing hikers.  Now I want to plant one in the garden just so I can use that delightful name.

Later in the week, we stopped to chat with Canadian friend (and lettuce-growing fiend) John.  Tracey, a rather conservative and careful woman, shocked us both by referring to a chat she’d had with the pastor on the “bitch-you-men.” Umm, the what?  She said it again. John and I exchanged glances, wondering whether we were seeing a new side of Tracey.  Indeed, this startling expression stopped all further conversation until she explain that Australians say "bitumen" (right out loud!  in polite company!) to refer to a pavement (blacktop, or asphalt).  Oh. Not nearly as exciting as it seemed.

In another conversation, Tracey asked me what I thought of a particular man's clothing style. "He's a bit of a boffin, don't you think?"  What came immediately to my mind was a cross between a buffoon and a puffin, which didn't seem related to clothing whatsoever. Upon further inquiry, I learned that "boffin" is a old Brit term for science nerds (think computer geek). Interestingly, according to loyal assistant Google,  this term is typically used today as an "affectionate term, but with some practical/fighting man’s scorn for the academic brain worker."  Well, then.  Yes, indeed.  The man in question certainly exemplifies the style of a boffin.

Tracey and our Korean-American friend Grace (known also for gardening and other adventures) treated me to an amazing picnic lunch at a rural cafe overlooking a reservoir.  While enjoying Tracey's made-from-scratch chocolate cake and commenting on the beauty of the day and reveling in the joy of our friendship (let's just say that the coffee shop served more than latte), Tracey sat back with a sigh and said, "This is the ants’ pants.”   Grace and I burst out laughing with delight (and I might have clapped my hands like a toddler discovering fireflies).  I guess the American version is just as silly (“the bees’ knees”) but still. I nearly choked on my delicious cake just imagining tiny insects in khakis, streaming across the outback.

Over the last 3 years I have expressed shock, dismay, disgust, and lots of laughter about Korean culture. But all is not bad here – indeed, here I list 10 Very Cool Things (America: are you paying attention?) in no particular order:

(1) Washing machine lint traps: Because most Koreans neither own nor use dryers, the washers have built-in lint filters. I love that.

(2) Keyless entry: Nobody has keys for their buildings or offices or apartments here. Swipe a card or enter a code or dangle a dongle. Keys are so 18th century. 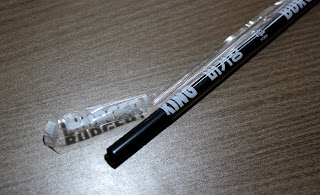 (3) Perforated straw wrappers: Instead of pounding the life out of your fast-food straws to get the darn wrappers off, just gently pull on one end: it snaps off easily because of the built-in perforations. So elegant.


(4) No checks: Checks? Korea skipped that stage of financial evolution. All is electronic. Need to pay your tithe? Reimburse a friend? Pay a bill? Just transfer the money to their bank account on your smartphone or at an ATM. LOVE. IT.

(5) Folding car mirrors: People are smaller in Korean than in the US, which means smaller cars and smaller parking places. And in some place, very very narrow roads/alleys/paths. Thus: At the touch of a button the driver can fold in the side mirrors to enable closer passing and parking. In fact, it’s rude here to park without folding your mirrors. 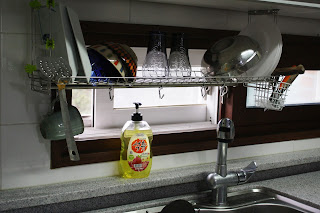 (6) Built-in dish drying rack: The classic American home has a window over the sink and a dishwasher. Koreans might have dishwashers, but they all seem to have over-the-sink drying racks and a small window that is more about air flow than a view. This system saves counter space and the dishes drip right into the sink while God dries them. Nice. (The astute reader might wonder whether Koreans have a built-in drying rack for clothing. Most folks have a guy come install a drying rack on the ceiling of the balcony or laundry room.  It works on a pulley system and stores nearly flat against the ceiling when not in use.) 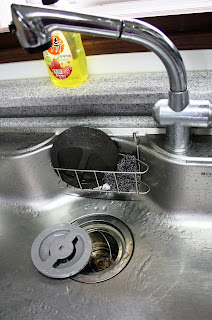 (7) Kitchen sink basket: Koreans ferociously sort their recycling; even food scraps are put in a separate bin. Thus, kitchen sinks have a mesh basket built into the drain that is easy to remove after scraping or washing dishes for easy dumping into a household scrap bucket. Which scraps then get put into a special recycling bin. Which then goes I don’t know where exactly, but I know our city has a food scrap facility. I must tour.


(8) Bathroom floor basket. This is similar to the kitchen sink device, but it more about catching hair and other junk on the floor. Of course, you need some backstory. Korean bathrooms are entirely tiled: the whole idea of carpet (or drywall) in a bathroom is downright insane. Here, you have no tub (go to the public bath if you want to soak) and showers drain into the floor with a cool built-in trap/cup. Shower doors or curtains are optional and special covers protect the outlets and toilet paper from water spray if your shower spray hose goes awry or you want to hose down the whole bathroom. The downside? the floor is usually wet, which explains why most Korean bathrooms provide a pair of plastic slippers (and why socks are the last thing I put on before leaving the house).

(9) Fast food take-out cup bags: At least at our Burger King (there are TWO in our city now!!), take-out cups are placed in pouched plastic bags – making it very easy to carry several cups in a bag slung over your thumb while you enter your doorcode. (And, yes, there are some "weird" sandwiches on the menu, but I always order this: Lone-geh cheek-een sahn-weech sate-eh; coca-cola jeero. Can you decode the Korean pronunciation of English words? :) ).

(10) Tunes instead of bells or buzzers: You never hear buzzers or bells here. Instead, you hear little tunes. Our washing machine sings a tune when the cycle is finished. The kids school has 5-7 second tunes instead of bells to signal each period. The trains and subway use nice little tunes to announce stops. So soothing. And absolutely perfect for a country where each city has cartoon city logos and cartoon safety videos, etc.

So, dear readers:  which invention do you like the best?  Which ones did I miss?  :)
2 comments: Links to this post